Gooiland is a household name in Hilversum. In the 1930s, the elite lacked an entertainment venue for "city entertainment" in the green Gooi. The Buurke family take a leap into the unknown and commissioned the young architect Jan Duiker to design a location with grandeur. He designs an unprecedented modern building, in the style of the New Building.

Before it can be built, Duiker suddenly dies. His former partner Bernard Bijvoet continues with the design and supervises the construction. In July 1936, Gooiland, a hotel, restaurant, café and hotel, opened in one. Sleek and businesslike, without unnecessary decorations, yet luxurious. With many steel frames and large windows. Disgusted by one, admired by the other. One thing is certain: it is the place to be.

FROM MUNICIPAL HOUSE TO NATIONAL MONUMENT

The Germans take over the town hall and the town hall moves to Gooiland. After the war, decades followed with different owners, changing visions and the hotel will not return. In 1987 the municipality of Hilversum bought the park and various broadcasters use it as an office. Although the building is deteriorating, it is estimated to be of value and in 1989 it was given the status of a national monument.

In the 1990s, the building came under one owner, who returned the hotel: Gooiland Hotel Hilversum Amrâth. In 2012, Philip Lamers, owner of the adjacent event location, embraces the hotel and continues as Gooiland Hotel.

GIVEN ITS RIGHTFUL PLACE

A drastic renovation follows. The hotel is being restored and it regains the grandeur of yesteryear. Monumental details, such as the natural stone floor, the staircase and the copper lamps in the lobby, are preserved. At the same time, the facilities are contemporary and the appearance is warm and modern.

Our colleagues will be happy to show you the monumental details during your visit.

Unwind in our comfortable rooms. All rooms are equipped with free WiFi, air conditioning, a rain shower, a television, a Nespresso coffee machine and a comfortable Auping bed. 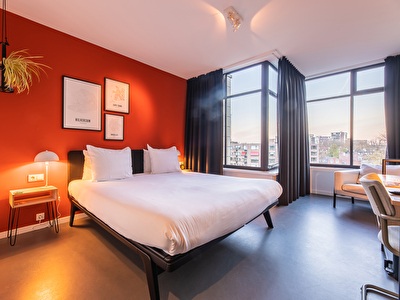 We will do everything we can to make you feel at home. From a 24/7 front desk to a brand new fitness room and from a free welcoming drink to bicycle rental. Gooiland Hotel is located in the heart of Hilversum. Hilversum station is within walking distance and the parking garage is around the corner. In short: everything for a pleasant stay is within reach. 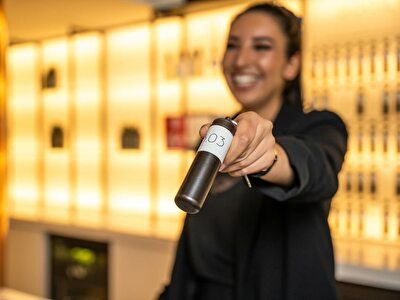